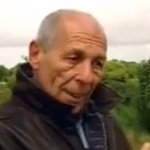 The godfather of Windsurfing. A 12-year old Peter is cited for inventing the 1st sailboard in 1958 on Hayling Island on the south coast of England. Jim Drake and Hoyle Schweitzer are credited with bringing the modern windsurfer to the masses with their patented windsurfer in 1968.

But following numerous court cases brought by Schweitzer protecting his patent and loyalty payments it was established by Tabur lawyers, who found prior art, in a local English newspaper which had published a story with a picture of Peter. This showed an assembled picture of his first board combined with a sail, in 1958. This board used a universal joint, one of key parts of the Windsurfing International's patent. This was crucial in the case and established that Peter was indeed the worlds 1st windsurfer.

Peter Chilvers was an inventor, engineer and promoter of sailing and windsurfing. Our planets first windsurfer. He died from Lung Cancer on February 26, 2015.