1. Approval of the Minutes of the previous AGM 2019, due to covid there was no AGM in 2020 or 2021 although the committee met on line throughout Attached

2. Matters arising from the Previous Minutes (not covered in the Agenda Items)

4. Finance  Report Attached and to receive the Financial Statements and Accounts for the year to

The existing board puts itself forward for re-election consisting of

Alternative candidates shall be proposed and seconded and the proposals be received in the UKWA office at least 7 days before the meeting to allow the proposal and agenda be published. admin@ukwindsurfing.com

The agenda may be revised should candidates be proposed as above.

11. AOB of the Association

Please print your own copies of any documents you may wish to refer to during the meeting. The UKWA will not be providing printed copies in view of its support for the environment. Links can be found above.

Submit a question via email.

To the AGM (business of the assosiation) HERE

To the sailors meeting (any subject you like) HERE

Answers will be found in the minuites when published.

The AGM will be followed by a one hour sailors meeting, there will be no agenda and the meeting will be open to the floor. 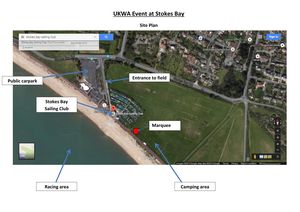 The UKWA reserves the right to exclude or expel any member / non member / family / group or individual from its event site should it be considered that they may by their actions or the perception of such bring the UKWA, its hosts other parties or individuals into disrepute. The UKWA Committee, in part or in it’s entirety, shall be the sole judge of such action, and their decision is deemed final.

Persons expelled shall leave the event site within 30 minutes of any verbal notice and shall not return. Exclusion may be deemed temporary (this event) or permanent (all events). Permanent expulsion shall be the decision of the elected committee and shall be confirmed in writing within 21 days of any temporary expulsion, however any excluded individual may not attend any UKWA events during this period of consideration.