Yet again Weymouth produced the goods with by far the best weekends racing of the year. Sunshine, wind and pretty flat water rewarded those that had made the trip. By far the longest trip was made by Polish rider Jan Kilmaszyk who was to have a great say in proceedings.

Day 1 started a little tame and the formula fleet was not called for until after midday. Jan had told the fleet that he preferred light winds and he was equipped with a 12.5 and with this he dominated day 1. The race officer waned to make the most of the wind and managed to put 4 back to back races in before the end of sailing. Jan took 3 bullets in a row only to be denied a clean sweep in the final race by Chris Bond. Every race was very tight at the top with only meters separating the top 4 of Jan, Tim Gibson, Dave Coles and Chris in every race. 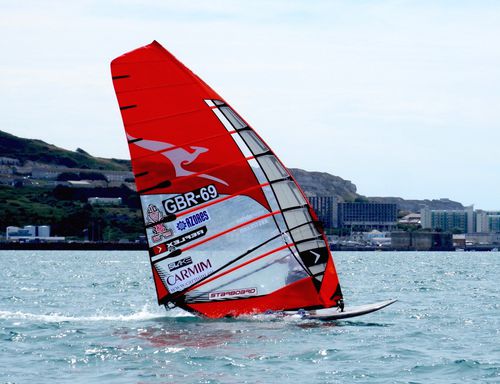 Behind this group was also a close battle for the National 11 prize between James Battye, Bob Ingram and the welcome return of Adrian Wallis. James had the upper hand after day 1 with 2 great 5th place finishes in the opening 2 races. Another welcome returnee was Tristan Banahan who was battling hard with newcomer Harry Sharrock who made an impressive debut.

Day 2 provided the fleet with stronger winds which took leader Jan a little out of his comfort zone. The banter on the Saturday night had been aimed at Jan joking that the fleet were just being polite on day 1 and that he wouldn't win another race - this was a joke that turned out to be true. Tim Gibson on his new Patrick board was proving the man to beat as he won the opening 2 races of the 3 morning back to backs. Dave took the other with Chris and Jan battling it out for 3rds and 4ths. 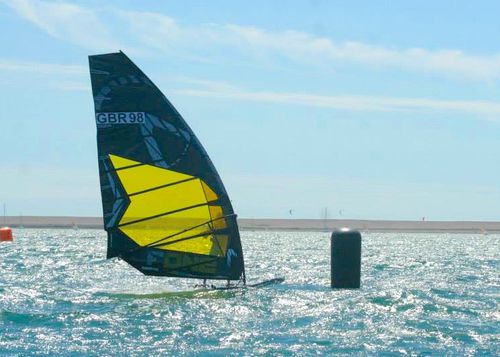 Dominating the National 11 fleet was Adrian with 3 consecutive 5th place finishes and at times leading the fleet to the first windward. However, lady luck was not on his side as his boom broke in the afternoon ending his chances of taking home the trophy. This paved the way for James to take the glory displaying great skills in the afternoon as the wind picked up. He had his best race to date in race 8 taking 3rd and not far behind the leaders.

The battle for Open title took a big shift in the strong winds too. Dave Coles was the man on form taking all 3 afternoon races in spite of being made to work very hard for it by both Tim and Chris. This meant that Dave won overall followed by Tim with Jan clinging on for 3rd. With only 2 races of the season remaining, there are only a hand full of points separating the top 3 and who knows who will turn out to be the 2015 champion. 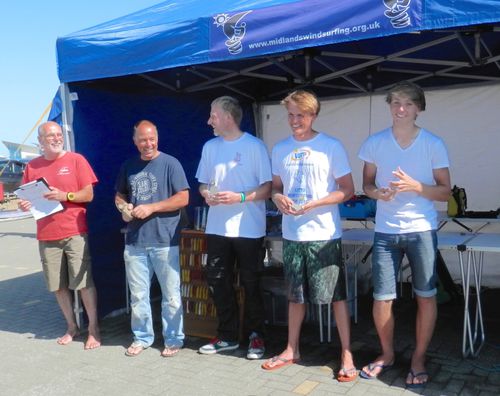