The annual pilgrimage to Weymouth for the speed freaks among us took place last week. The forecast was not favourable at all, easterly winds all week, which meant the course being set in the middle of the harbour in choppy seas. With only a small window of good wind Wednesday and Thursday didn’t raise much hope for a counting round for the UKWA sailors taking part. 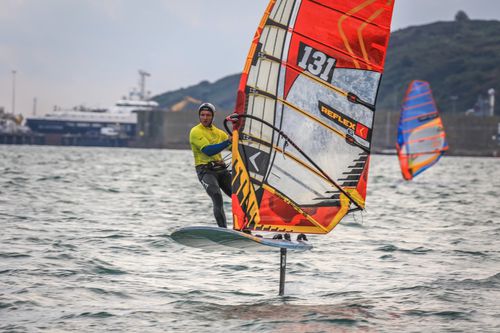 This did not stop over 80 competitors turning up 30 of which were UKWA members, the reality was competition on the water every day in beautiful sunny conditions, but did we get enough wind to make it a counting round for the UKWA you ask?

UKWA run their annual Speed competition Sponsored by Hey Dude footwear, under the umbrella of Weymouth speed week. They then take the results from each day’s racing and if the speeds exceed 28 knots by 20% of the fleet, Two times. Then it becomes a counting round. 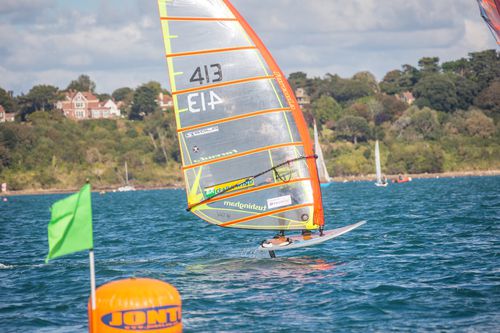 If it was going to happen, Wednesday and Thursday were going to be the days. Wednesday was looking good the winds were over 20 knots and the guys were achieving over twice wind speed earlier in the week. The result was so close to counting but the 5th person required to make the round a qualifier only managed one not two 28 knot runs!

It was down to Thursday to save the day, the wind was due to drop at lunchtime so all the players were out, bang on 10.00 when the course opened. They need not have worried the round easily qualified but at the expense of five times winner Kev Greenslade. His old boyhood rival, Simon Cofield, who was making a comeback at the event, pushed Kev into 2nd place. Third place went to Jim Crossley. 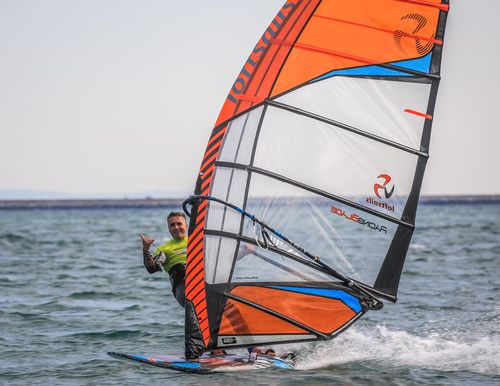 The upsets did stop there, Zara Davis won the ladies fleet ahead of Jenna Gibson in 2nd and Sarah Jackson in third. But what was upsetting for a lot of the men’s fleet was being “Chicked” by Zara in 7th place overall, taking some big name scalps. 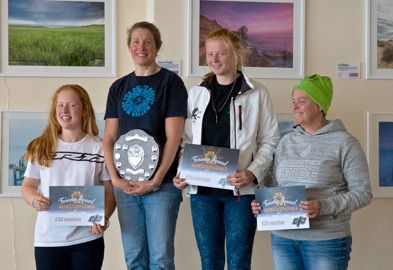 Also this year saw competitors taking part on foiling boards. Not featuring at the top of the leader board this year but it does look like they could be a threat in the future.  All in all a great competition which despite the wind from the wrong direction all week, provided some great speed racing.

See you all next year, 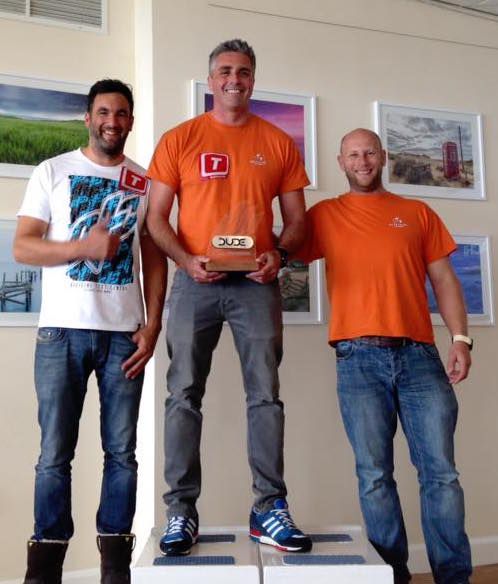 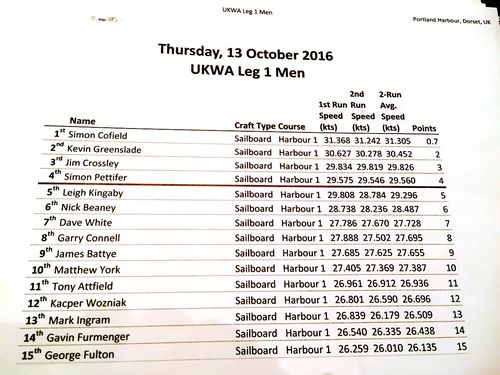 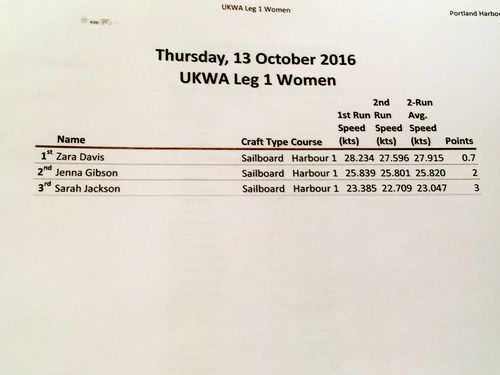