Windsurfer of the Year Hotting Up

The voting for the UKWA windsurfer has been open now almost a week and the voting has been intense. We contacted some of the past winners of this prestigious award and asked them who they were voting for and what the award meant to them. 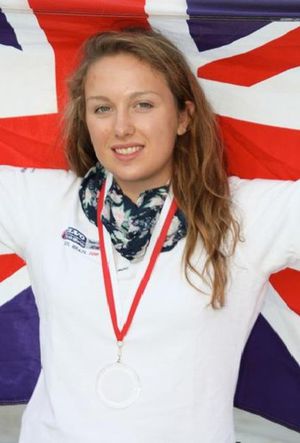 “It is tough to write about who I would like to win as everyone on this list genuinely deserves to win! As a RS:X Racer I have to back Louis with his impeccable series this year and getting so many students racing. Ross has always given me help and support for my sailing in Weymouth and encouraging people to have a go at Slalom racing!

I wish them all the best it’s a great accolade to win as the general public decides the winner.” 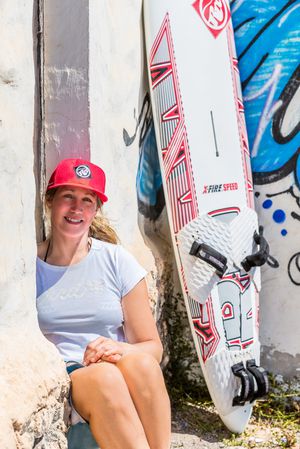 “I have voted for Ross Williams despite John being at the world champs and fellow team member with RRD!! I need to explain why!

The UK have never had a competitor on the podium at the end of the PWA slalom year. Ross has shown consistency and tenacity over the last few years to reach this goal whilst also being pretty hot at some other windsurf disciplines such as Formula and Wave.  Possibly, the best all round windsurfer in the world.

To be recognised by your peers and the public is a great honour for any sports person and these awards are the best ones to win - for sure.” 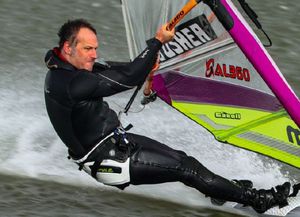 “Windsurfer of the Year is a special accolade as its voted for by both all our peers and the windsurfing public at large , it’s a true reflection of achievement .

With that in mind  this year’s  candidates are strong as ever mirroring the presence of British windsurfing on a global scale!

The trophy is a bit old and rickety, yet its steeped in history and legacy  , however  once you’ve held it bizarrely you don’t wanna hand it back !! Still not sure who to vote for.” 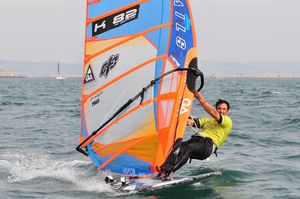 Winning Windsurfer of the year has a different feeling to winning a title or a competition, for me what makes it special is firstly being up against huge talent from other disciplines but also the fact that people from all over the windsurfing world are recognising our achievements and voting, and then you sit down and look at the names and History on the trophy and feel humbled to be added to it.

As always it will be hard to choose, with worthy winners in all categories so I would like to congratulate, Max, John, Sarah and Louis on their fantastic achievements this season. But for me despite being slightly biased as a best mate and my Sponsor, Ross Williams has had the stand out season worthy of winning this Trophy any season. The achievement of making the slalom podium in one of the most competitive and closest seasons ever is one thing worthy of winning on its own, but whilst watching the aloha classic the commentators pointed out that if the award for overall World Champion as in the 80’s and 90’s then this guy would be it, and would have probably won it several years on the trot. This combined with Ross’s willingness to help and encourage others on and off the water. For me it is this that personifies what WOTY is all about.

For sure this years nominees are as strong as ever and all deserve your support. But unfortunately you only get one vote, so make it count before the closing date of the 30th of December.