The 2011 Formula European Championship took place in Liepaja, Latvia and the UKWA had 2 representatives: James Briggs (Point 7 Sails, Starboard) and Chris Bond (K.A Sails, JP). The turn out for the event was excellent with 98 sailors registered, 8 of those representing the female fleet.

The standard of sailing was extremely high and the large number on the short start line had both Brits struggling to make that hugely important good start. After 4 races the fleet was split into Gold and Silver fleet with both UK riders finding themselves in the Silver. Racing was of a plenty with the wind blowing between 9 and 15 knots for the first 4 days with surprisingly lumpy seas. On the last day the wind blew over 20 knots with 3m waves making for very scary conditions – gold fleet was sent out but winds quickly increased to over 30 knots so the 2 Brits pulled out the wave kit and had some fun as the racing was declared over.

Overall the event was a huge success with much thanks needed to be given to Ceri Williams who dutifully worked hard up until the very end of  the event including the final ceremony and party – and that’s another whole story!!  A fantastic time was had on and off the water and we would highly recommend to anybody who has never given an international event a go, to do so. Next on the international calendar is the world youth and masters event in Denmark, 29th August – 3rd September, which will be again attended by James Briggs, Chris Bond with Dave Coles joining too.  Reports, results and photos can be found on www.formulawindsurfing.org 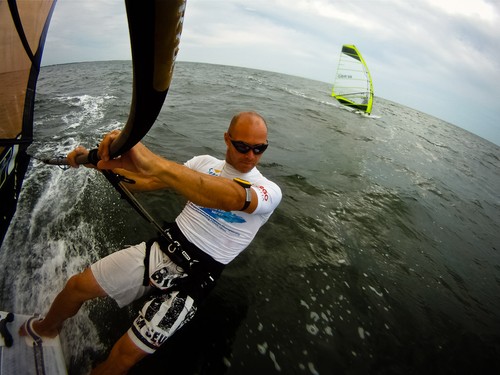 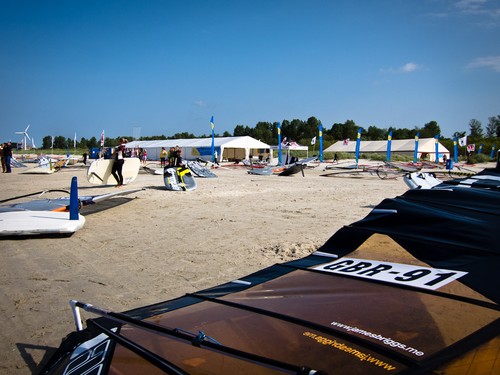 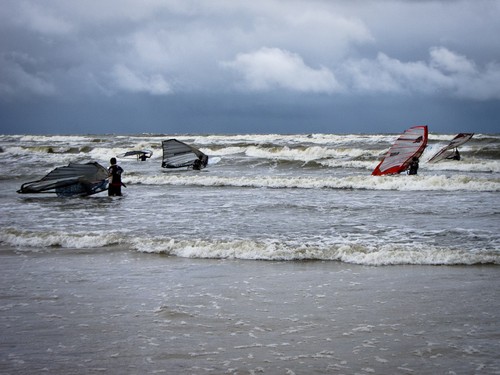