Jamie Drummond reports from the Freestyle event at Windfest:

Looking at the forecast a week in advance, everyone was pretty pumped and ready for some blowy conditions at the Animal Windfest in Poole. The excitement obviously caught on and come registration on Saturday morning we had a truly excellent turnout; 32 competitors across the 6 fleets with an impressive 7 ladies showing up to compete too! 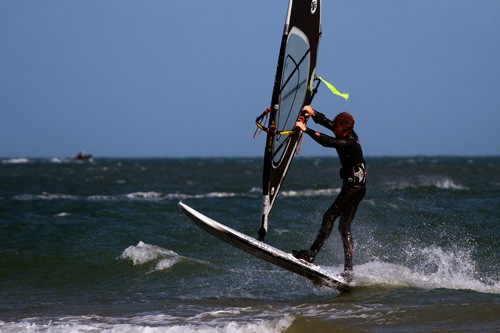 The wind showed up on cue and the event saw gusty 5.2 weather increase to solid crosshore 4.7 – great conditions for freestyle. The Minim, Junior and Youth fleets were the first to launch and work there way through three rounds of competition. Ike Bradley Baker pipped Harry Davis to the post in the Minim fleet, while Nik Hibidge posted two 1sts and a 2nd to take the win in the Junior fleet. The U20’s fleet saw Alex Mitchell fighting off competition from Will White to take the win with smooth Flakas and Forwards.

The level in the Amateur fleet was through the roof – a lot of the moves being thrown down would have been firmly at home in the Pro Fleet! The standout sailors having to be Ollie Action, Nick Bentley and John Yeomans – all putting on a really good performance for the crowds. Cana Bravas, Clew-First Spocks, Forward Loops and Shakas were the high-scoring moves and after three rounds Ollie Acton managed to push ahead of Nick Bentley for the victory. 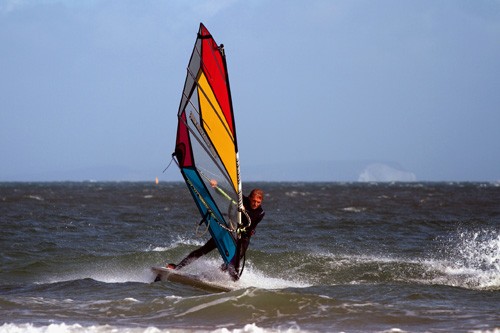 The ladies were next to take to the water and they put on a great show! Carve gybes, Duck gybes, Downwind 360’s, Heli Tacks, Chop Hops, Body Drags and Vulcans were thrown down in the choppy conditions. The competition was close between Chloe ‘Snowy’ Goodyear and Julia Slack but Chloe’s consistency saw her win out in the end with a massive 7 point lead! The girls had a great time, pushing each other on all the way with bags of enthusiasm -  let’s hope we see them all back competing next year.

As this was the final event on the UKWA Freestyle calendar it was all to play for in the Pro Men’s Fleet. To defend his four-time title, Andy ‘Bubble’ Chambers would need to win and current tour leader Adam Sims would have to come in at least 4th.

Straight out of the gate the level was sky-high with huge Shakas, Air Flakas, Ponches and Loops being thrown by all the sailors. The first round saw Max Rowe leading, in the second Bubble edged back ahead and then the third round final came about! Everyone was gunning for the top spot and Sims knew he needed a good result to secure his overall series title – with this in mind he launched into a sick Culo, some slick Shakas, Flakas and loops to secure the win…and his first British title!

I must give a special mention to Oscar Carmichael – after securing the 2011 Junior title with one event to go, he decided to have a go in the Pro fleet. After seeing him sail in Fuerte I thought that he could probably do pretty well in the UK Pro Fleet – when he actually registered though I got a bit worried! He sailed brilliantly, finishing in joint 5th – definitely one to watch for the future.

An amazing weekend was had by all and it was great to have some strong wind to let us show off our sport to the crowds. There was a great turnout and hopefully we will see the fleets continue to grow next year!!

Thanks to Trevor, Jules and all the judges, Animal, Gary and all the organisers of Windfest, see you next year!! 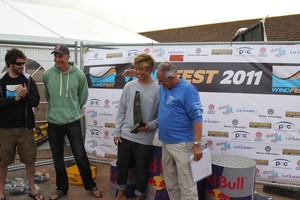