There was a great turnout for the opening event of the UKWA Cup  series held at Christchurch. What was really pleasing  was the size of  the youth fleet that bodes really well for the future of the class. The forecast for the event was not the best for Saturday but Sunday had the potential to be epic and it did not disappoint! 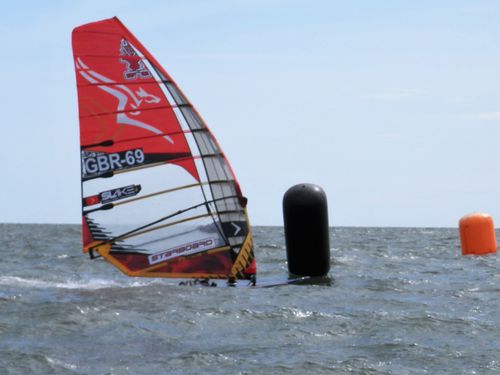 After a lazy Saturday caching up with friends and looking at who had what new kit things moved onto racing on the Sunday. The forecast was bob on with the wind starting at 10 knots slowly picking up to around 15 by the end of  the day. The sun was shining and the water was flat - if Carlsberg did racing conditions........

Our race officer, Tess Ingram, was on the ball and determined to get in as many races for us as  possible. In all, 6 races were completed starting with 4 back to back followed by a final 2 after a break for lunch. Dave Coles dominated proceedings taking 5 of the 6 races giving a clear message that if anyone wants to take the title back off him, they're gonna have to fight really hard. The only race where he  was deprived of a win was taken by a jubilant James Battye who had the event  of his life showing great speed and angle upwind. Dave obviously won the event but the battle for  second could not  have been closer with James, Tim Gibson and  Chris  Bond all finishing on equal points. In this  situation the count back rule is used to determine  the places which resulted in James taking 2nd and Chris taking  3rd.

Further down the fleet there were good battles to sort out the standings for  National 11, Youth and Female and results were as follows: 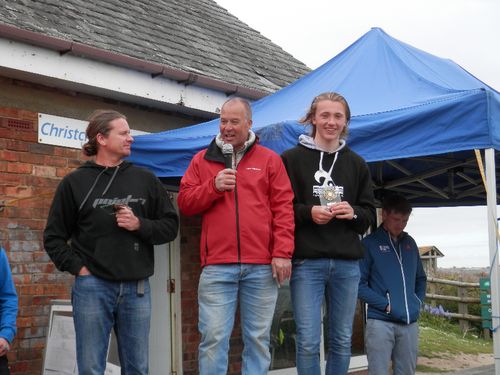 Our next event is Rutland including the prestigious marathon on 28th/29th May - we hope to see you  there.