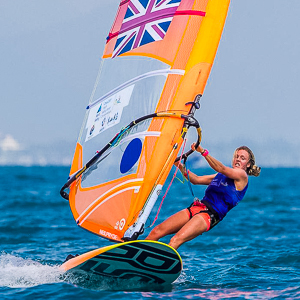 The winner of the prestigious Windsurfer of the year Trophy for 2017/18 is Emma Wilson. Emma an RSX sailor nominated in the racing category and won the award after a public vote. At just 18 she is one of the youngest recipients of this award and unbelievably this is not the first time she had been nominated for it. As she was one of the nominees in 2014 when she won the Youth world Championships at just 15.

Growing up as the daughter of two-time Olympian and three-time World champion, Penny Wilson (nee Way), it looked inevitable that Emma was destined for greatness on a windsurfer. Emma has done her dues though and worked hard through RYA Zone squad and on to RSX where she has excelled. Winning Youth Championships in 2014, 2016 and now 2017.

Bob Ingram The UKWA Chairman had this to say about Emma

“I have know Emma and her family for many years and so pleased for her following in her mums footsteps and she is a very worthy winner of this award. To win anything once is a great achievement but to defend a title with all the other sailors gunning for your title is both difficult and an extremely challenging physical and mental effort.

Only a true champion can raise their game when the chips are down. Emma is without doubt a real windsurfing star of the future”

We would also like to congratulate all the other worthy nominees. Adam Lewis (Wave) Jim Crossley (Speed) Ross Williams (Slalom) and Nik Hibdige (Freestyle). They do a fantastic job flying the UK flag around the world.

Emma takes over the title of UKWA Windsurfer of the Year from last year’s winner, Freestyler Max Rowe and joins a long line of very worthy winners. 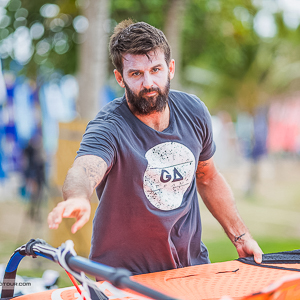 If there were an All-rounder award Ross William would have won it many, many times over. Accomplished wave champion and winner of the Formula world championships. But it is in Slalom that Ross excels, in PWA slalom competition the last two years he has been exceptional.  Stepping up on the PWA slalom podium in 3rd place overall for 2016 and missing out on a podium by just 10 points this year surely makes him the UK’s most successful slalom sailor of all time. All this and the UK agent for GA sails and Tabou boards he is definitely deserving of your vote. 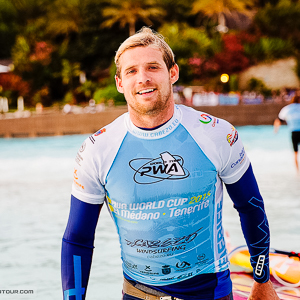 Genuinely, one of the nicest windsurfers you will ever meet, Friendly, approachable and helpful. But don’t let this demeanour fool you if you ever come up against him in a heat! He is an International team rider for Fanatic, North and he is fast, quick thinking and now one of the most experienced wave riders on the PWA tour. This is Adams time, 5th place overall in PWA wave this year and raised the Sword at this year Tiree wave competition against a world class fleet giving him the UK BWA title for 2017. From humble beginning’s in Taunton to top world class sailor, Adam deserves your vote. 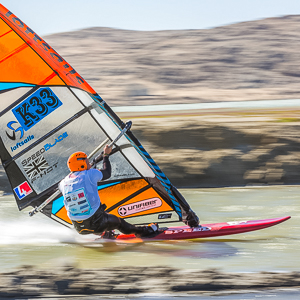 Jim is a very quiet unassuming guy who unlike all the other nominees is not a full time sailor. He juggles his time with his kitchen business and his young family with getting enough time to sail when he can. This year Jim has concentrated on speed and it has paid off in spades. He came 5th in the ISWC speed world championships in Fuerteventura, won the UKWA GPS speed challenge, came 2nd in the UKWA Championships in Weymouth and to top off his year headed off the Luderitz, Namibia to try his hand at the man made trench and achieved an impressive 48.08 knots making him the 4th fastest British Windsurfer of all time. He deserves your vote. 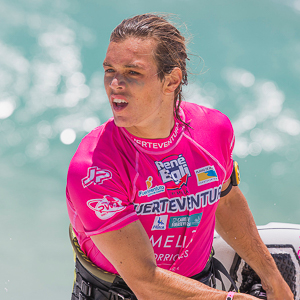 Ranked 17th overall in the PWA Freestyle rankings for 2017. This 20-year-old team rider for GA sails and Tabou Boards is living the dream traveling the world learning off the best by competing with the PWA guys and girls. He is for sure one of our best up and coming freestylers and this year was ranked top out of the UK riders on the tour so undoubtedly deserves your vote.