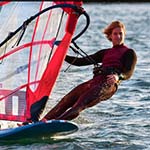 After weeks of voting the winner of this years UKWA windsurfer of the year is…… Scotty Stallman. It was a close battle for many weeks with top three nominees only separated by 12 votes at one point. But towards the end Scott’s popularity pulled him clear ahead of the other very worthy candidates.

This is a well deserved recognition of this young mans ability , skill and dedication to his sport. We are sure he will be a fantastic ambassador for windsurfing over the coming year.

Scott will be presented with the prestigious UKWA WOTY trophy by Bob Ingram the chairman of the UKWA. This is what Bob had to say about Scott and the other candidates.

"I have known Scott since he was about 9 years old and took up windsurfing at the OTC in Weymouth and started racing with us in the entry level Master Blaster fleet. It was clear from the very early days he was destined for great things and quickly progressed through the Amateur fleet into the pros and was chasing down the old guard and inevitably would end up beating them. Huge congratulations to Scott and his family who have supported him through his journey. I would also like to congratulate the other nominees Jim, Islay and Phil on their success in 2021 they are all worth winners in their disciplines and hope to see them all on the water continuing their winning ways in 2022"

Scott will join a very distinguished list of previous winners including Nick Dempsey, Bryony Shaw, Emma Wilson, Zara Davis, Ben Proffitt, Farrel O’Shea and many many more over the years. They can only win this award once to pave the way for future stars to shine. So keep an eye on the results in 2022 to decide who you think should be nominated.

Have a fantastic new year everyone and see you on the water in 2022. 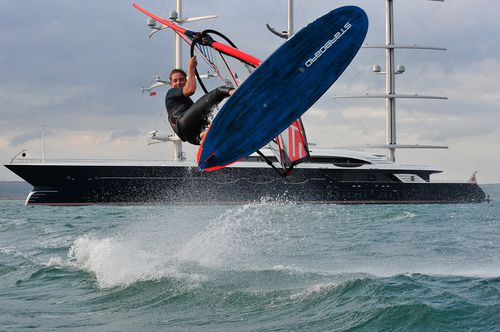 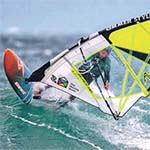 Phil started his love affair with windsurfing at 13 years of age. He started competing in 2000 and quickly climbed the ladder to become one of the UK’s most successful wavesailors competing both at UK and PWA level. 21 years later Phil continues to dominate the British Wave Tour having recently taken the 2021 UKWA BWA Wave Championship title for the 5th time. Phil remains a very driven, focused and determined athlete. His relentless obsession of the waves continues to inspire UK wavesailors 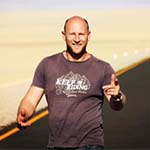 Nominated for the 3rd time in the speed category. Jim won the 2021 UKWA GPS speed challenge again this year for the 5th year in a row with an amazing speed of 46.67 knots over 250m. As we announce this nomination Jim is in Luderitz in Namibia again this year. So Jim’s full year’s performance is yet to be written. We wish him luck and a 500m speed starting with a 5. 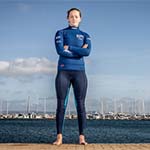 Islay has just turned 21 and became the youth world champion in 2018, was also the top British female at the iQFOiL International Games, held in Lake Garda, Italy, finishing seventh in the 66-strong women’s fleet. Her gold in the under 21 category then adds to the silver medal she won at the class European Championships in Switzerland in August